Types Of Dementia And Their Characteristics

Alzheimer’s and another type of dementia   dementia   Manor Lake Gainesville 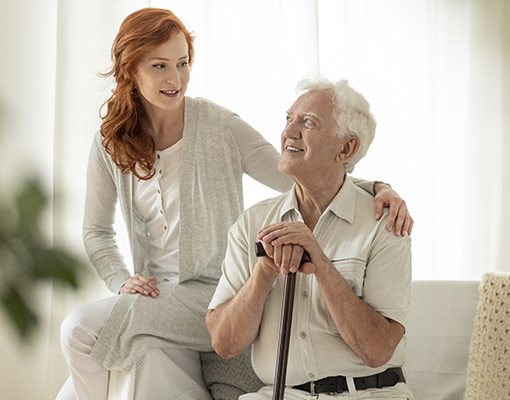 We had a family member recently suggest that we post a blog that defines the common forms of dementia and the associated characteristics. There is a shared bond between patients and family members of those inflicted with dementia. A common observation by these fine people is how little the general public knows about dementia outside of the relatively well known subject of Alzheimer's. We will be glad to list below the most prolific forms of dementia in America today:

Parkinson’s disease: Many people who have Parkinson’s disease (a disorder that usually involves movement problems) also develop dementia in the later stages of the disease. The hallmark abnormality is Lewy bodies that form inside nerve cells in the brain.

Vascular dementia: Considered the second most common type of dementia. Impairment is caused by decreased blood flow to parts of the brain, often due to a series of small strokes that block arteries. Symptoms often overlap with those of Alzheimer’s, although memory may not be as seriously affected.

Dementia with Lewy bodies: Pattern of decline may be similar to Alzheimer’s, including problems with memory and judgment as well as behavior changes. Alertness and severity of cognitive symptoms may fluctuate daily. Visual hallucinations, muscle rigidity and tremors are common.

Front temporal dementia: Involves damage to brain cells, especially in the front and side regions of the brain. Typical symptoms include changes in personality and behavior and difficulty with language. No distinguishing microscopic abnormality is linked to all cases. Pick’s disease is one type of front temporal dementia.

Mixed dementia: Characterized by the hallmark abnormalities of Alzheimer’s and another type of dementia — most commonly vascular dementia. Recent studies suggest that mixed dementia is more common than previously thought.

These are some of the most common types of dementia. While Alzheimer's is the leading type of dementia there other forms that we thought everyone should be aware of the many forms of dementia. Each and every one of these disease is devastating on both the patient and their support team. And always realize, your support team at Manor Lake Gainesville is always well educated, well versed in these diseased, and most importantly, well stocked in the passionate care of you all.